While Leadership vs Management skill set is long debatable and both are of utmost importance to the success of any organization and there are certain overlaps as well, but through this article trying to only look at the conflicts and contradictions in the two skill set of leadership and management, avoiding the discussion on the born leader vs created leaders .

1.      Leader is quick in highlighting the issues/improvements needed while manager tries to keep the issue under control so in many cases the issue does not highlighted upfront while manager trying to mention the issue and manage that simultaneously, while the former looks at the root cause the latter might sometimes try to present the mitigation and solve it with limited scope and might not fix or identify the root cause.

2.      Leader through the traits of leadership ( pro-activeness, speaking out clearly, clear vision, expert industry knowledge) does not necessarily need to possess the skills which he is trying to drive while manager on the other hand has to have those skills in order to drive the task around that competency, meaning that Leadership is more displayed through traits and character while manager is more role based.

Taking the example of Sourav Ganguly and Rahul Dravid (with due respect for their respective contributions to Indian Cricket) while both were pure batsman in the team , Ganguly with his leadership quality was able to lead the team well ,getting involved with the bowlers, batsmen equally while Dravid could only act as a manager

3.       In many cases and crisis situations a Leader would see the opportunities and try to explore while Manager would try to avoid the threats and be more protective towards the said goal alone.

4.      Leadership can apply to any walk of the life and any industry, domain etc and not necessarily need to have team to do that while the concept of manager only arises when there is team doing some task and to extend this a leader performs with future objective in mind which in some cases others might not be able to visualize at that point while manager should and must focus on the task in hand.

5.      Entrepreneurs are leaders who are walking the unknown path often while the skilled senior people in the large companies focusing on the set parameters and KPIs hence managing the work arising due to the set objective and that’s the reason lot of large companies are not succeeding with the new products and launches and are now trying to set the voice around having entrepreneurial culture. To highlight it is not only about setting the RnD divisions but about having leaders who are willing and ready to take challenges.

6.      Leaders are often seen to operate based on trust focusing more on the relationship building be it with their peer/sub-ordinates or with customers and higher management and will try to fill the skill gap if any as he moves along with the person as long as his team is able to share the vision he has and has some basic understanding of what need to be done while manager will focus on skills and roles first and design the set tasks around those individuals by setting the expectation and having a formal agreement with him.

7.      Leaders are very keen on developing another leader within their team as they see themselves being pushed up and further ready to work interchangeably with other individuals in order to derive maximum value , while rarely will you see a manager creating another manager unless there is huge demand elsewhere.

To summarize Manager works within his boundaries (designed framework), work with set objective and time frame often with horse eye view and would be happy as long as his targets are being met and everyone around him is happy , the only way he works forward (growth) is by setting tougher targets next time, while a leader irrespective of his role would have an eye on future trying to make an impact every time and would look for improvement opportunities even though targets are being met with the current setup and processes. While the concept of managers and management came much later and was and being taught through various modes and channels, the leadership exists from the time humanity exists, take the case of joint families or even before that, of early humans who used to go for hunting in groups there has always been a leader of the pack.

How AI is set to disrupt the workflow management space? Octo 28, 2015 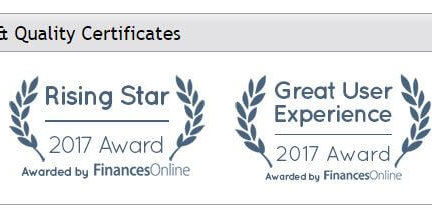 Agilean has won the awards "Rising Star Award for 2017" and the prestigious "Great User Experience Award" By FinancesOnline. Octo 28, 2015 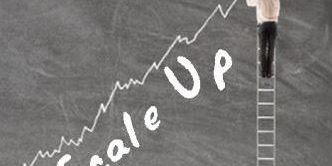